History Of The Campaign 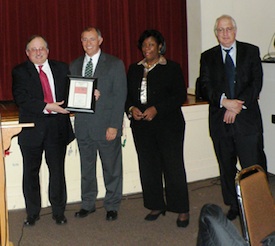 A Brief History of Global Priorities

In 1999 a group of concerned individuals from differing faith traditions initiated Global Priorities to begin to explore ways to address the imbalance between world military spending and expenditures on unmet human needs. Global Priorities held a series of international meetings to confront questions of human security more broadly. There was a consensus that focusing on child survival would be the initial emphasis.

Global Priorities was officially launched in October 2005 at UNICEF. By that time, it had become increasingly evident that nuclear arsenals and nuclear threats were prime issues of international concern. An effort was therefore undertaken to address both nuclear issues and child survival in the U.S. political context through bipartisan Congressional action to lay the groundwork for broader international progress. In 2008 Reps. Jim McGovern (Democrat of Massachusetts) and Dan Lungren (Republican of California) first introduced the Global Security Priorities Resolution in the U.S. House of Representatives. The initial Resolution attracted 36 House members as co-sponsors and the endorsement (PDF) of 25 religious and secular organizations. Our international sponsorship has expanded to include many well-regarded individuals.

More recently, the Congressional Resolution has generated discussion among a range of experts on nuclear weapons, including military leaders in a number of declared Nuclear Weapons States. In short, the Resolution has become a stimulus for activities calling for proceeds from reductions in nuclear arsenals to be devoted to humanitarian needs such as alleviating hunger, and promoting child survival, health and education, while reducing dangers posed by nuclear weapons. Inter-religious efforts facilitated by Global Priorities continue to set in motion an international process to make this formula a reality in an increasingly dangerous world, especially true now in this time of pandemic.

Talking away from Armageddon

The collapse of the Intermediate-Range Nuclear Forces Treaty on August 2, the August 8 explosion in Russia stemming from the apparent testing of a new type of nuclear-powered cruise missile, and the flight testing of a ground-launched cruise missile off the coast of California on August 20 are only the latest manifestations that point to an accelerating nuclear and conventional arms race that, all told, could cost trillions of dollars over the next 30 years…READ MORE

Maj. Gen. William F. Burns knew the possibility of nuclear catastrophe better than most. As a young Army officer in Germany during the height of the Cold War, he commanded a unit armed with nuclear weapons. He saw firsthand the many possible ways a conflict might escalate out of control, perhaps through misinformation or miscalculation, with disastrous and unintended consequences. He also knew the dangers of ill-conceived military conflicts, having fought in Vietnam…READ MORE